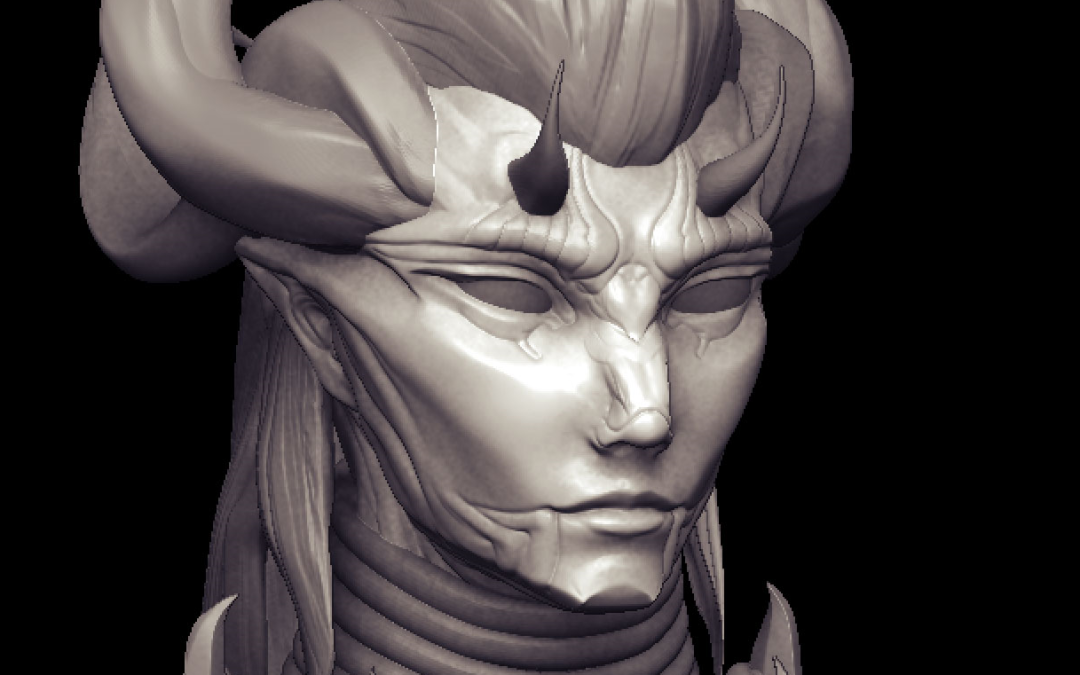 The world of Seven Dragon Saga is populated with a wide variety of beings; humans, humanoids, monsters, dragons and many strange creatures that defy categorization.  For instance, the Firewind Coast is noted for its dragonkin.

Dragonkin is a broad term that covers any living creature that has some proportion of dragon blood flowing in its veins.  Dragons are highly inquisitive beings, driven by brilliant intellect and strong passions.  They love to use their shapeshifting powers to mingle and breed with the humans, humanoids and beasts of the Firewind Coast.  As a result, they have spawned many a unique and often bizarre breed of creature.  Two such monstrous dragonkin are the Drakes and the Wyrms.  Drakes are airborne whilst Wyrms are earthbound, yet their individual strengths and weaknesses can vary dramatically depending on the concentration of dragon blood in their veins. 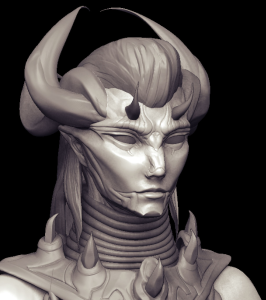 The Feydri and the Drakyri are humanoid races that are native to the Firewind Coast.  Both claim varying degrees of dragon ancestry, although it tends to manifest more prominently in the Feydri.

These resilient dragonkin have dwelt underground since a tragic conflict with their dragon ancestors drove them from the surface, many centuries ago.  Seldom growing over five feet in height, they tend towards a light and agile build, a physicality best suited to subterranean living.  Their skin is pale and their eyes have grown accustomed to dark conditions.

The Drakyri live in small, tight-knit clans ruled by a patriarch.  They subsist on a combination of fungus farming, and hunting and fishing in chthonian lakes.  Their economy is based on mining, and they would do reasonably well out of the ore trade if it weren’t for their hostile Feydri neighbors who block any Drakyri attempt to trade with the greater empire.

These taller and more heavily built cousins of the Drakyri dwell on the shores and in the forests.  They are strong and hardy, and have swarthy, weathered complexion that is well suited to harsh climatic conditions of the wilderness.

The Feydri are organised into large, loose-knit clans that are governed by a council of matriarchs.  Hunting and fishing are their staples, supplemented by a fairly lucrative lumber trade.  They have been the sworn enemies of the Darkyri ever since their cousins’ dark transgression against their shared dragon ancestors.

A single monarchy once ruled over Drakyri and the Feydri.  Every king in that royal line was required to be of both Drakyri and Feydri blood, and so there rose a ruling class of half-castes.  They came to be known as the Dragonborn.  But when the last Dragonborn king led a enacted a dark betrayal of their dragon ancestors, the Darkyri and the Feydri parted ways.  To lessen the fury of the Dragons, Dragonborn became known as the Dragonspurn, and fled into exile.  The Dragonspurn now dwell in the desolate highlands that separate the Drakyri and Feydri lands, surviving on hunting, gathering and banditry. While the Drakyri still hold loyalty to the actions of their last king, over the generations, they have come to despise the Dragonspurn as much as the Feydri do. 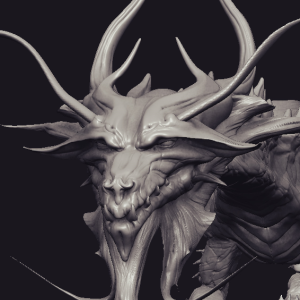 Wyrms tend to be bulkier, stronger and more heavily armored than their airborne counterparts.  These ferocious dragonkin prefer to lair underground where the darkness and confined spaces may hinder their prey’s vision and mobility.

They like to get ‘up close and personal’ in combat, and often have earth magic and special powers (fire breath, poison breath, launchable spines) to back up their formidable physical attacks.

These smaller, airborne dragonkin nest in the mightiest trees and the most isolated rocky outcrops.  A Drake’s favored hunting strategy is to soar high in the air, using its sharp eyesight to locate prey.  It will then dive and strike in a startling display of speed and agility.  While a Wyrm might be willing to grind its prey down through brute force, a Drake needs to finish the fight swiftly before its wings tire or it incurs injury.  Possessing thinner scales than a Wyrm, a Drake will favor special attacks (fire, poison or lightning breath) over close-quarters combat.

Advice to Adventurers, regarding Dragons – from Baljeet Glimmertooth, Explorer and Profiteer

Dragons might make terrible parents, but they still care for their offspring, after a fashion.  What I mean is, they’re happy to abandon them to look after themselves, but they get mighty temperamental when others slaughter their offspring or lay waste to their homes.  Not to mention the risk that the tipsy Drakyri barmaid you’re about to take advantage will turn out to be a full-blown dragon in shapeshifting guise, one who has just popped in for a bit to see how the kiddies are doing.

So here’s my advice, for what it’s worth.  Dragons make bloody fine allies and bloody awful enemies.  Even if you are one of these Touched jokers, waving your imperial decree in a dragon’s snout is only going to get you crisped.  Treat dragons and their kin with respect and you might just have a long and fruitful life here on the Firewind Coast.