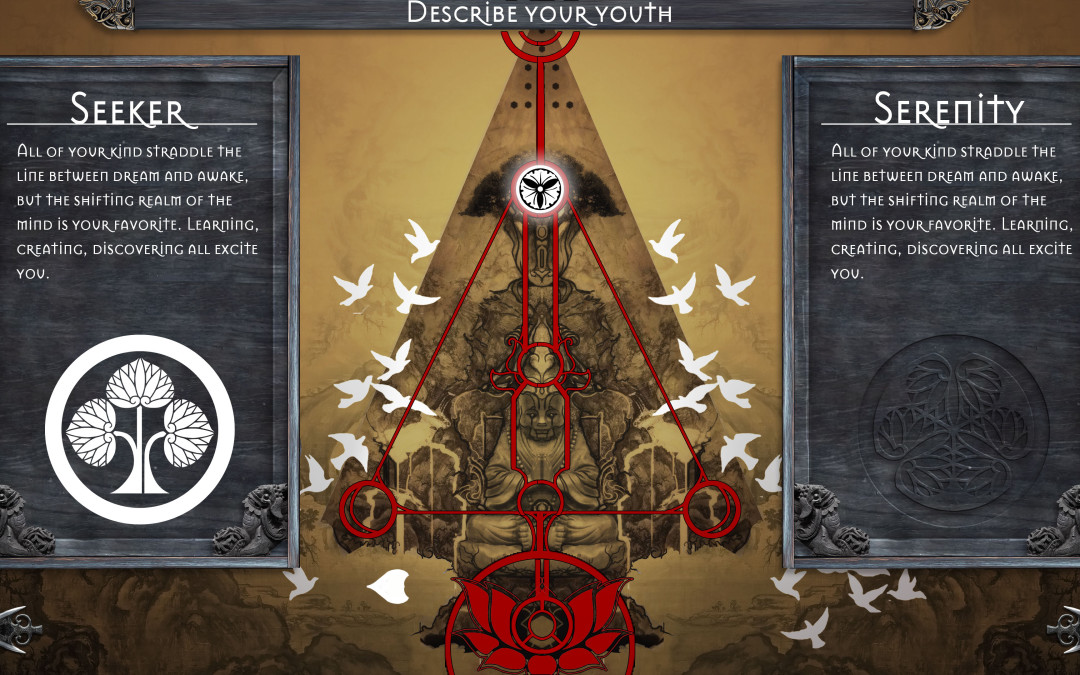 Hello all! Lately the design team has been focusing on ways to imbue player made characters with personality, beyond their base stats and skills. Traditionally, most party based cRPG’s either allow players to create custom characters that are little more than walking stat sheets, or they provide the player with pre made characters with rich back stories at the cost of player agency.

7DS takes a hybrid approach, by allowing players to create a party of custom characters with unique personalities which participate in the game’s narrative elements by using our goals system.

During character creation, players answer a short series of questions, like the one above, to create a personality profile for the character along with their race, class, and specialization. Based on those answers, the character gains one of 13 goals.

A character’s goal awards bonus experience to that character when the player solves quests in a manner aligned with it. We also use goals to create conversations between characters. For example, a character with the Acclaim (seeking fame) goal, may chide a Compassion (helping others) focused character on how they try to help people, but always forget to trumpet the fact. The Compassion character could push back, about how being helpful is an end in itself, and worrying about what others think is stupid.

The game also tracks when events occur, and overall ratings of how the party solves issues. So, if the game recognizes that the player likes to slaughter his way out of problems, a character with the Sanctity goal (respect for all religions), might commiserate with the Compassion character on how their views are not being heard.

As the project progresses we’ll be adding more depth to this system to enhance the characters personalities and provide more feedback to the player including camp events and romance options.

Folks at the office have snapped up the new official D&D cRPG, Sword Coast Legends, and ploughed a few hours into it. Nice to see more official games coming out. What do others think of it?