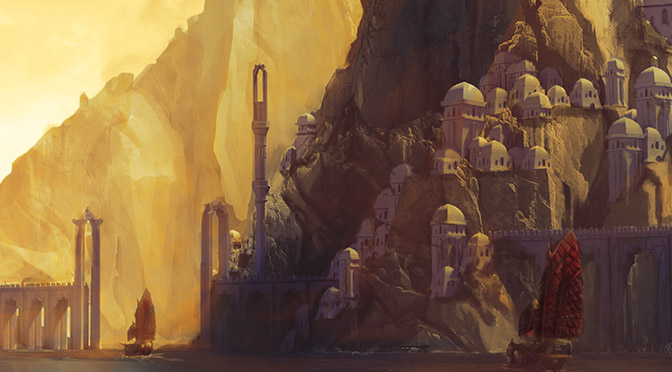 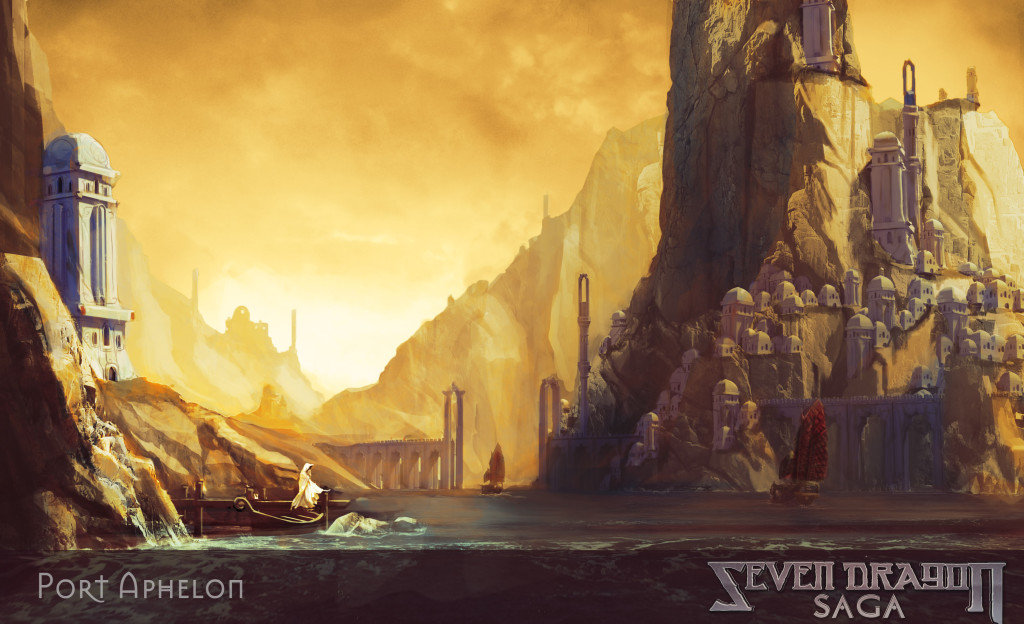 A look at the latest concept work for Port Aphelon, the starting point for Seven Dragon Saga. Much to explore.

The art team continues to move ahead. We have a white box version of our first environment in the prototype, and people are having fun using leap to bounce up to the tops of the lower towers. From there, they get the height advantage to shoot the Slyth and dark wizards patrolling below. We have the hooks in for dynamic lighting, but haven’t started experimenting with setting different times of day.

Lee also passed on the current user interface pieces to Sebastian, and he’s starting to overlay them onto the screen. So the blocky programmer art buttons dotting the screen should be gone, and we’ll move a step closer to having the prototype look and feel more like the combat portion of Seven Dragon Saga.

Edwin and David are exploring the different ways players can complete the game. Noisy discussions on whether to have an ‘evil’ ending, where the party switches sides, and wins one for the Dark Gods. On the one hand, it provides for more freedom of play. On the other hand, it’s not heroic, and we’re not quite sure how triumpful players would feel. If any of you would like to chime in on this, feel free to post comments on one of our social media pages.

Paul is taking another pass at the Borderlands concept, where the party can seize control of regions of the strategic map, and give them to factions they want to strengthen. The player can then convert them to Settled Lands by pacifying the area. This unlocks merchants who sell unique items, and safe resting areas. Still a lot of work to keep this mechanic fresh, and providing the proper level of reward.