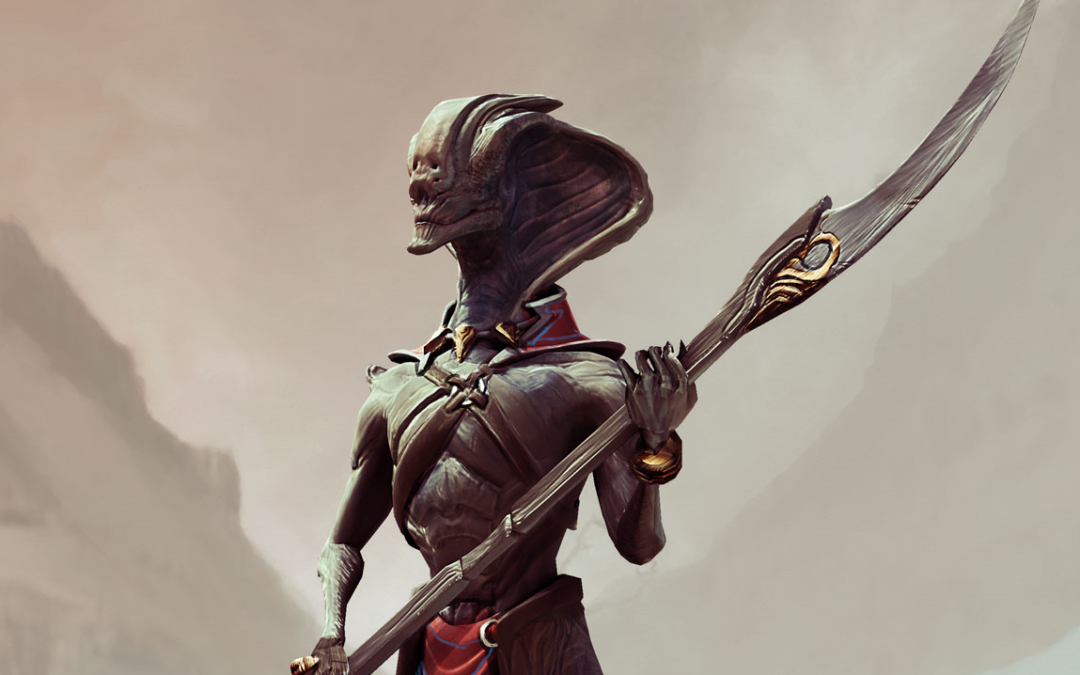 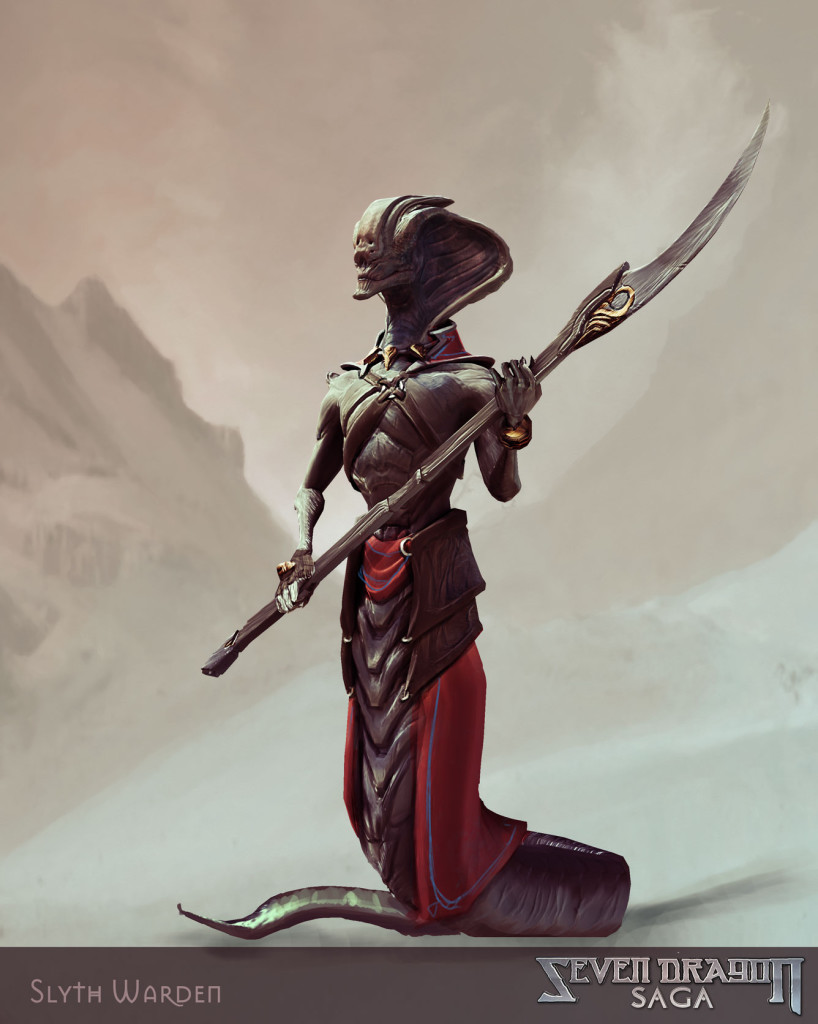 Meet the Slyth Warden, one of the many dragonkin who vie for dominance in the mountains of the Firewind Coast. Suspicious of the empire, they are likely enemies, but with the right inducements, they could be powerful allies. It’s all a matter of player choice, as they adventure deep into the Drakelands, in service to their emperor.

We are proceeding along developing different elements of the game. In Engineering, we’ve been running various elements of combat and movement through prototyping. Checking out how best to implement multiple targets, area of effect attacks, and persistent things like zones. On the movement side, Seven Dragon Saga has a number of methods to move, and we want them to feel different and work clearly. Mystic Leap allows characters to leap up onto areas others can’t, and gain height advantage. Special thanks to junior engineer Sebastian for taking point on the prototype process.

Up next is how best for the game to recognize cover, then determine if it is half or full, and convey this in an intelligent manner to the players. Then there are Attacks of Opportunity and the Retaliate ability to work out. Lots of little details where frequent prototype iterations works wonders.

In design, we are creating flow charts for story progression, depending on which factions the player is aiding, and which he’s harming. David Shelley pushes a strategic vision, while Edwin McRae drives things from an NPC and story arc viewpoint. This all feeds into the locations we need, and hence the environmental art required.

In systems, Paul Murray and David Shelley are running through a first draft of the various crafting methods, beginning with Alchemy. Again, this affects other elements, such as the skills system, and especially the economy (meaning what players find as loot, as well as, in stores). While single player game economics has a bit more slop allowed than in multi-player games, we still need valuable items to feel valuable and achievable.  All the glittery things scattered on the ground after battle should have some meaning.

The art team is busy as ever, since we revamped under our new art director, Lee Dotson. The animation and rigging team is moving from player characters to the first batch of enemies. The new environments are moving from concept to implementation. And we’ve squeezed in a revision to our main user interface — with much discussion with the designers over what the scribbled wireframes really mean for functionality. Meetings can be noisy, but very positive.