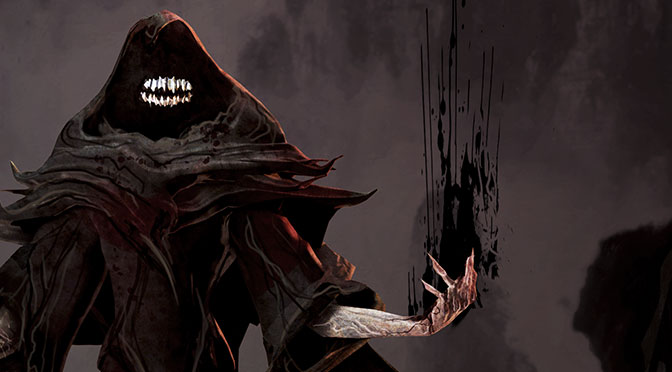 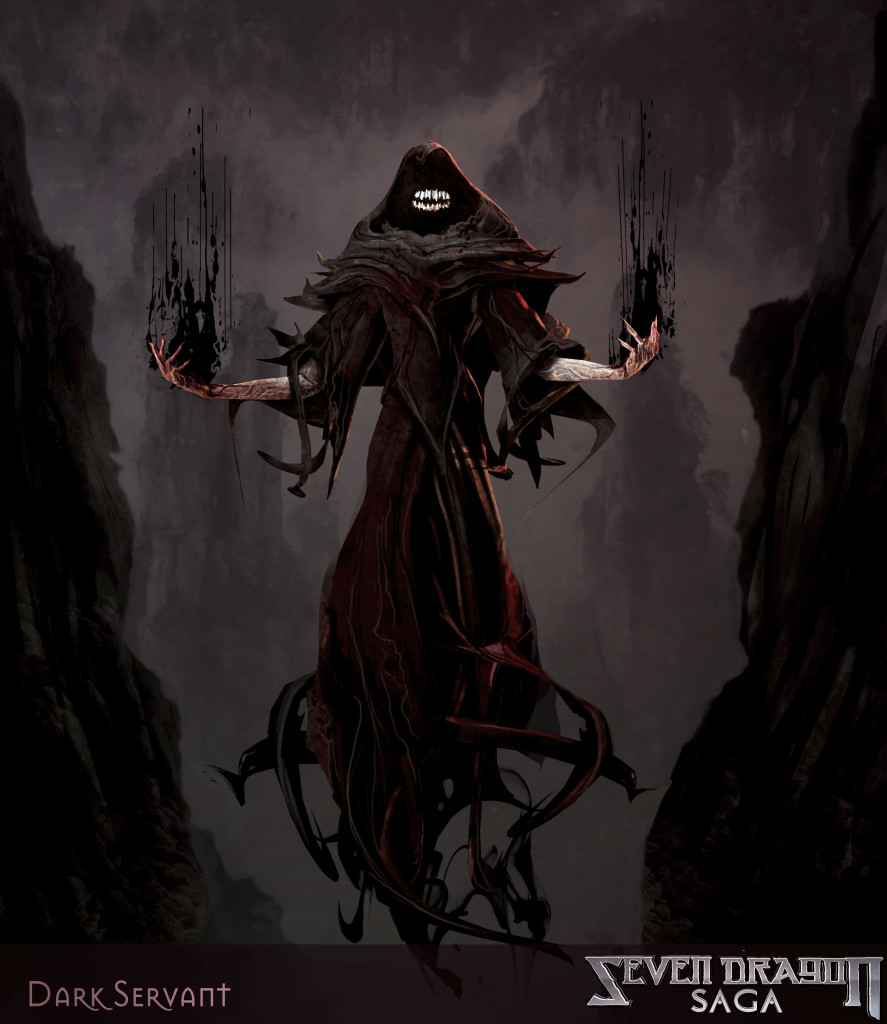 A servant of the dark, hungry for life’s energy. One of the many less savoury beings which inhabit the shadowy corners of the world in Seven Dragon Saga.

We continue heads down through summer, though it does look pretty seeing the blue sky out through the windows. We are pushing forward until we have sufficient material for the game to really feel like something of quality and polish.

The design team completed a draft on the various types of crafting, and Paul is taking a new pass at looting, merchants, quest rewards and the economy in general, in light of ingredients and recipes. The goal is to get the characters not too rich and not too poor, as well as distributing items throughout all the regions.

On the story side, David and Edwin have broken the world down into seven regions, each with an average of four major points of interest. From this, we can fill out the details on factions and important NPCs, and how the whole game should play out. Starting to tally up asset requirements, and working with the art team to confirm it will all fit within their budget.

Sebastian has completed the basics for combat and movement in the prototype, and is now laying the groundwork to import the new player character models, and their whole range of animations. As that wraps up, we expect Amanda of the art team to start delivering full quality environmental assets. And the animation team should also be set to deliver the first batch of fully rigged and animated enemies, such as the Slyth we showed last update.

Once all that is implemented, the prototype will still require new visual effects and audio to finally feel like the first draft of the revised combat experience. Then the design team has a list of dozens of abilities to implement and test.

Lee has been turning designer scribbles into beautiful UI designs, both for combat (and later implementation in the prototype), and for character creation elements, such as Goals. He also continues to oversee all the other artists to keep the vision unified and top quality.

The rest of engineering continues to work with low level elements for the actual game: data structures and handling, inventory, reviewing the crafting designs, and a thousand other niggling details. Nothing pretty yet, but the key is to make the code robust.